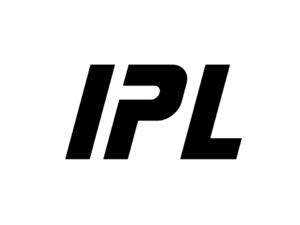 REGISTER FOR A SHOW
Menu

There are many physical advantages of living an active lifestyle. But how many people actually consider the importance of exercise for the mental aspect? 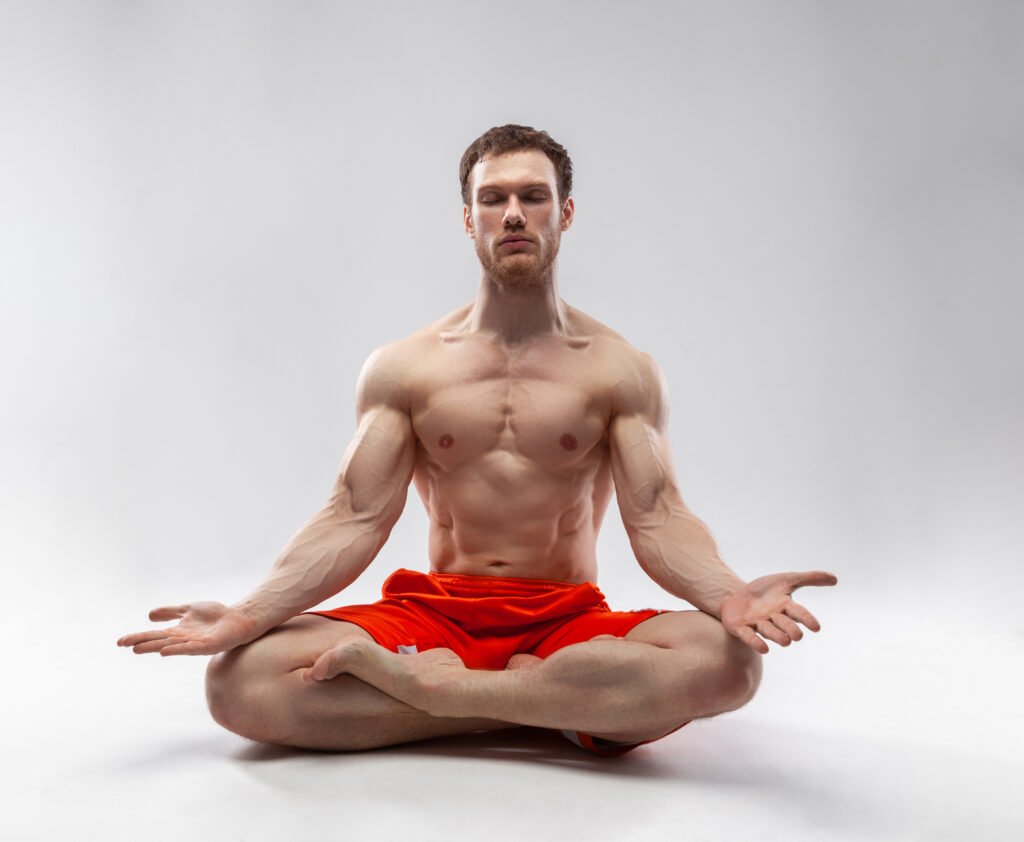 Ironically, exercise is proven to promote and stimulate positive mental health. In fact, the mental benefits of exercise are equal, if not GREATER than those of the physical ones!

First, let’s take a quick look at what actually occurs during exercise. While engaging in activity, powerful chemicals called endorphins are released in the brain. These endorphins both energize your spirits and make you feel good! Along with improving the way you feel, endorphins help you concentrate and feel mentally sharper. In other words, exercise enables you to experience a “brain boost.” As a result, an individual will see an improvement in both memory and thinking patterns.

Another important mental benefit of exercise is its profound, positive effect on depression and anxiety. Consistent training can alleviate many symptoms of depression such as negative moods, low self-esteem and social withdrawal. In addition, exercise boosts the brain’s dopamine, norepinephrine and serotonin levels. All three of these substances are essential to brain function.

EXERCISE PROVIDES ME WITH MY “MENTAL CLARITY” AND HAS HELPED ME TO RELEASE MY STRESS.

Because of its effect on focus and attention, exercise has been proven to have a positive impact on several conditions such as Attention Deficit Hyperactivity Disorder (ADHD), amongst others. Although exercise is not the ultimate cure nor treatment for such conditions, living an active lifestyle through exercise can certainly help to improve cognitive function, attention and constructive activity. In fact, exercise actually promotes changes in the brain such as neural growth, reduced inflammation and new activity patterns!

I have found that as an active professional athlete, the benefits of exercise in regards to mental health are quite noticeable. Most evident is the impact that exercise has on my mental psyche in regards to being attentive, positive, less stressed, relaxed and focused during my everyday activities. Exercise provides me with my “mental clarity” and has helped me to release my stress. It has been my outlet for more than half of my life! I have come to realize and embrace its major impact on both my physical and mental health, and I am grateful to live an active lifestyle.

In conclusion, exercise and healthy habits are essential for both physical AND mental health… Complete health! Unfortunately, many people discredit the importance of exercise for mental health.

Both our body and mind are equally important in order to be healthy and to sustain a favorable quality of life. Once we realize the importance of exercise, we can eliminate potential problems that may occur by implementing something as simple as a daily training routine. Let’s apply and share this knowledge with others so we can all become healthier, both physically and mentally! 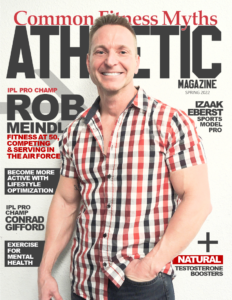 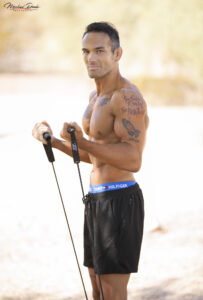 Marc is a Second Degree Brazilian Jiu Jitsu Blackbelt, as well as an IPL Athletic and Sports Model Pro. He has competed throughout the United States in BJJ since 2004, and has won Gold at the highest level, most notably IBJJF competition. He competed in Bodybuilding from 2002 until 2004, before taking time off to pursue his Brazilian Jiu Jitsu career. In 2020, at the age of 40, Marc reentered the sport of Physique Competition and won his Pro Card in both Masters and Open Athletic. He recently won his Pro Card in Masters Sports Model and has won four Pro titles with the IPL to date. He was also featured on the cover of the very first issue of ATHLETIC Magazine in 2021, one of his greatest accomplishments. Marc is a proud father of three boys and incorporates fitness into their daily lives, something he is proud to share. Marc is also a veteran of the United States Army. 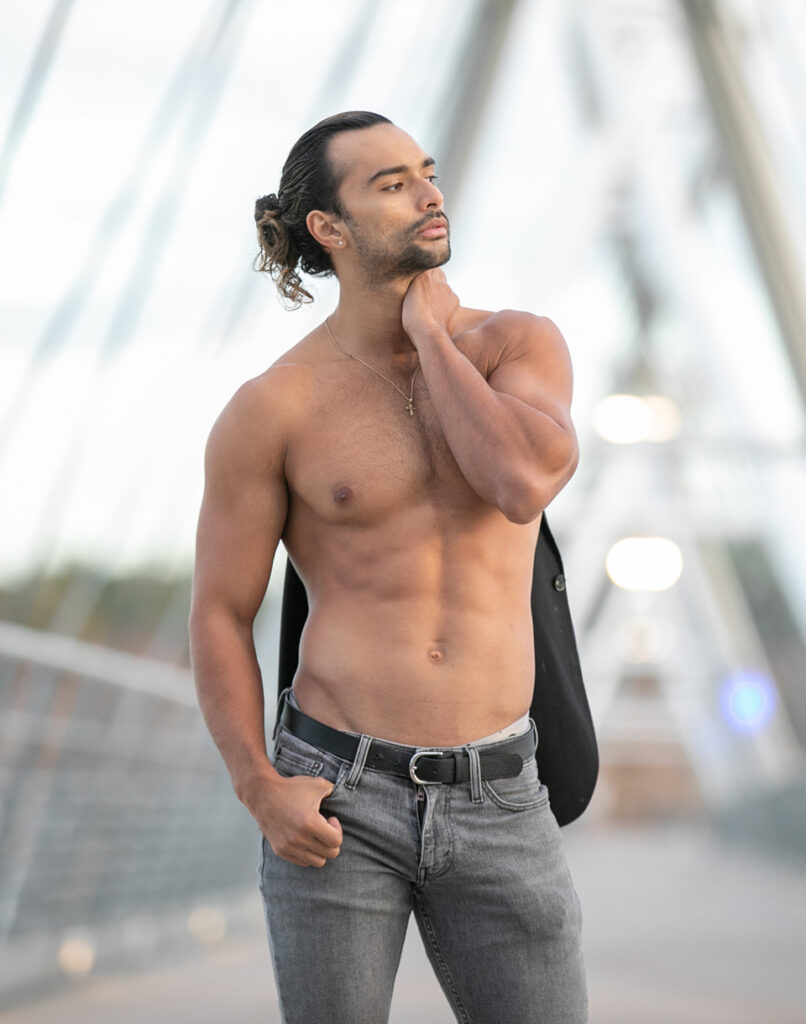 “Every male model needs to feel as if they are the prize, the king of the castle…” 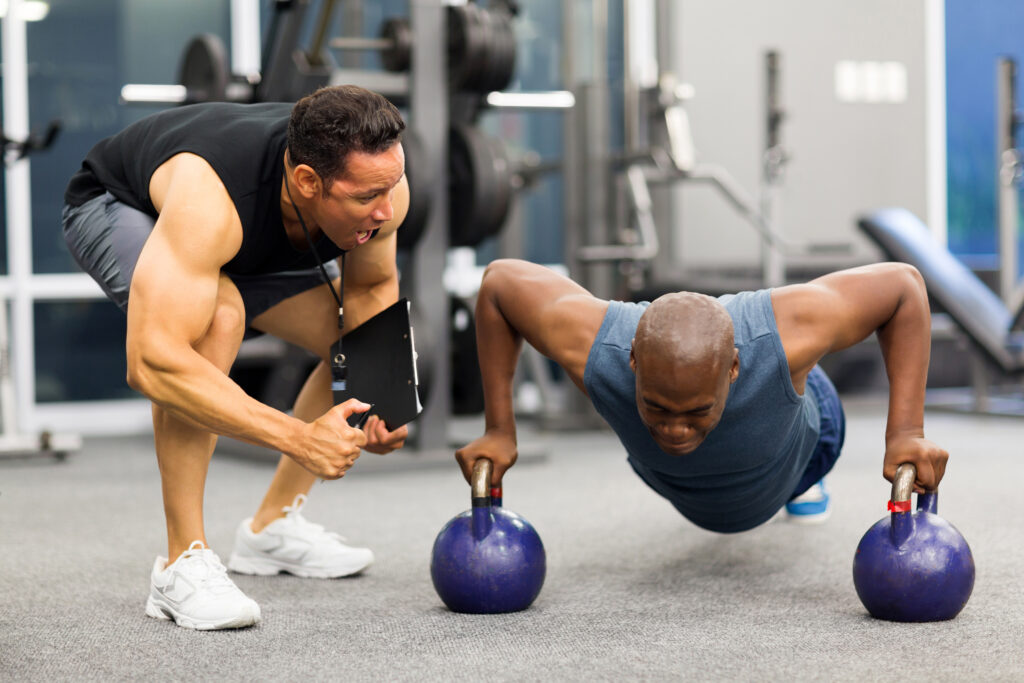 ATHLETIC Magazine – Why You Should Hire A Personal Trainer

Hiring a personal coach comes with a lot of benefits, and the truth is, you should definitely consider hiring one! 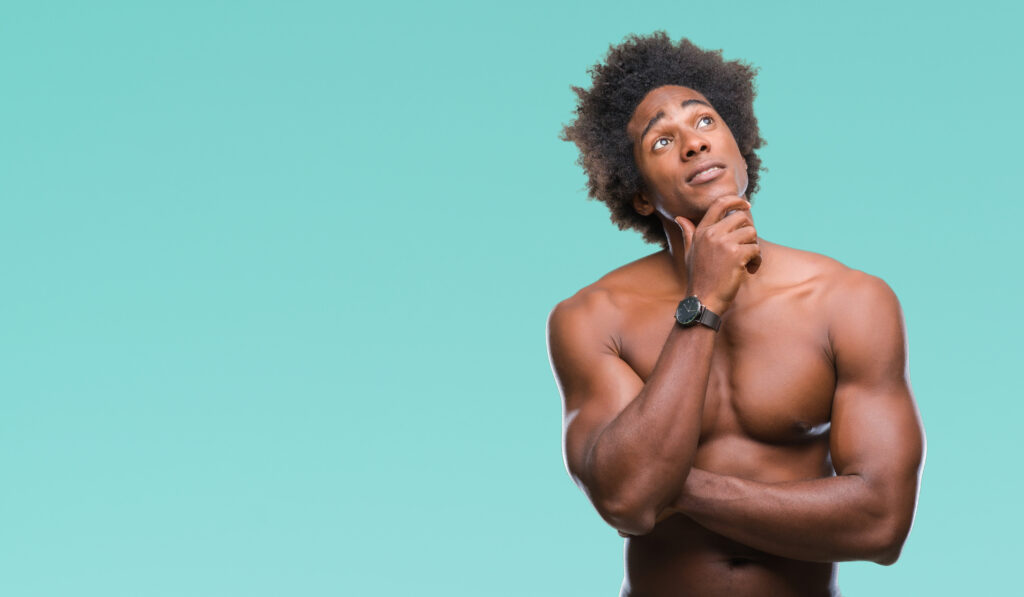 Fitness is an ever-growing industry with so many myths and misconceptions. Let’s have a look! 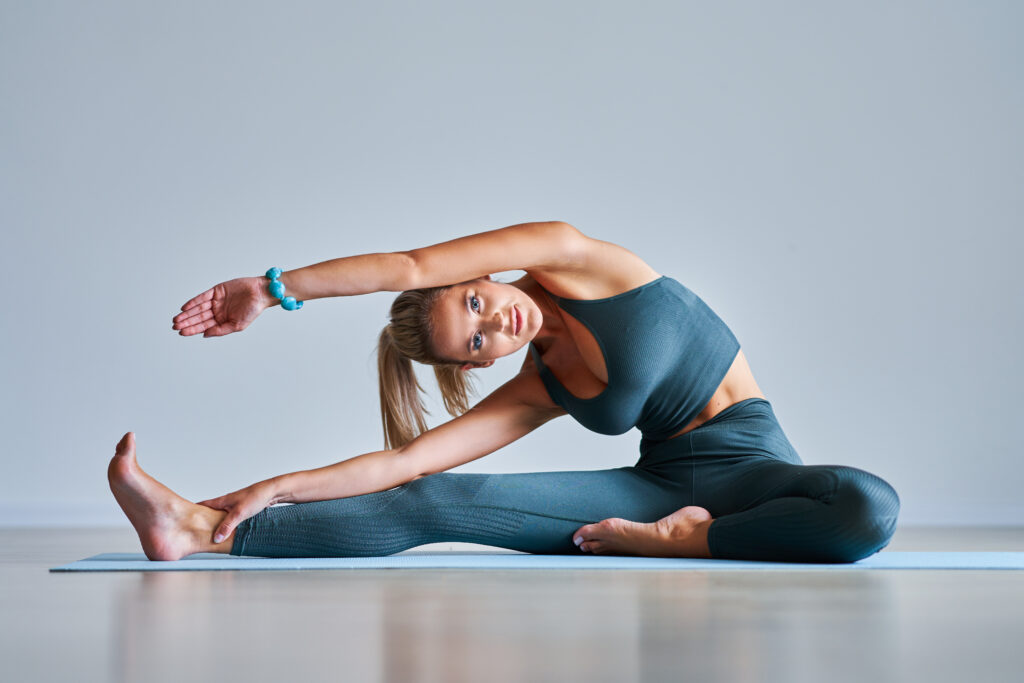 Yoga is simultaneously a form of exercise, a way to stretch and increase flexibility, and an excellent means of relaxation. 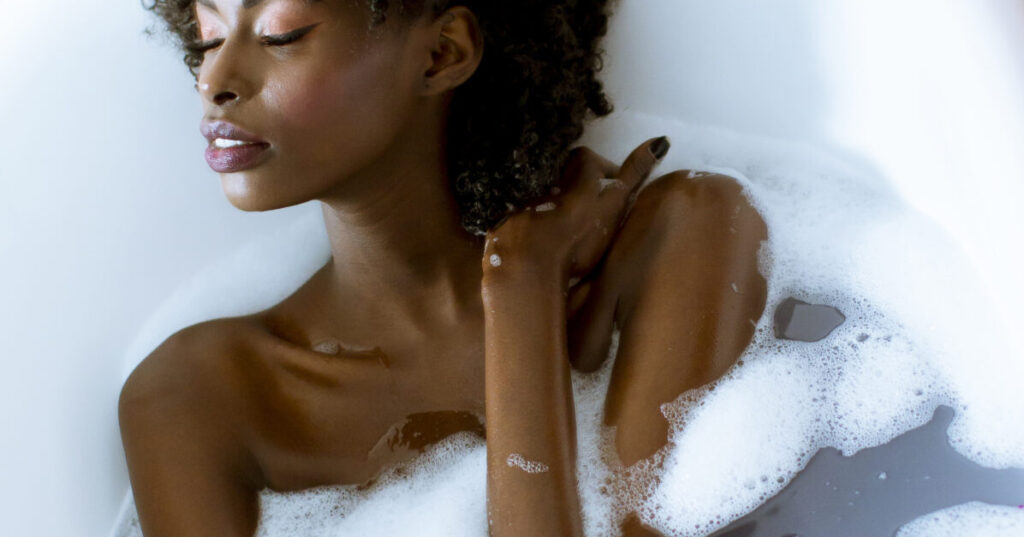 8 Reasons why taking that bath could be just the thing you need. 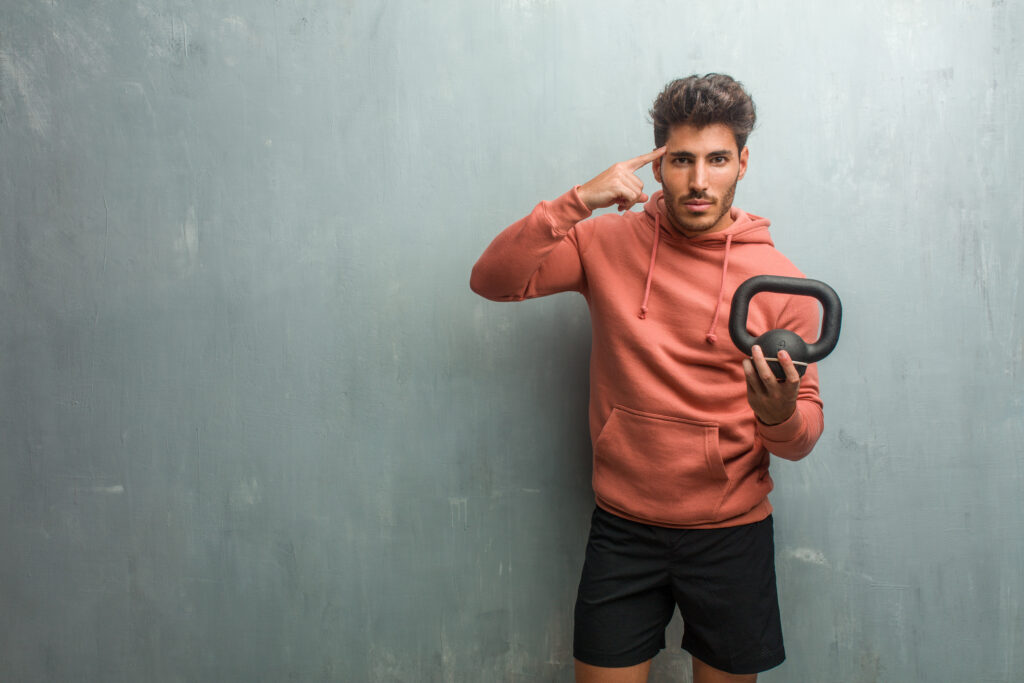 …the following five exercises can help you keep your mind strong and responsive.